M3. One letter and one number. A combination that can really stir the old emotions.

Fear, trepidation, anticipation. Will I get home safely tonight or will the traffic get me.

Only here were talking about a different M3. The two sit well together, but only when the traffic is light and you can get a decent run in BMW’s powerhouse saloon. 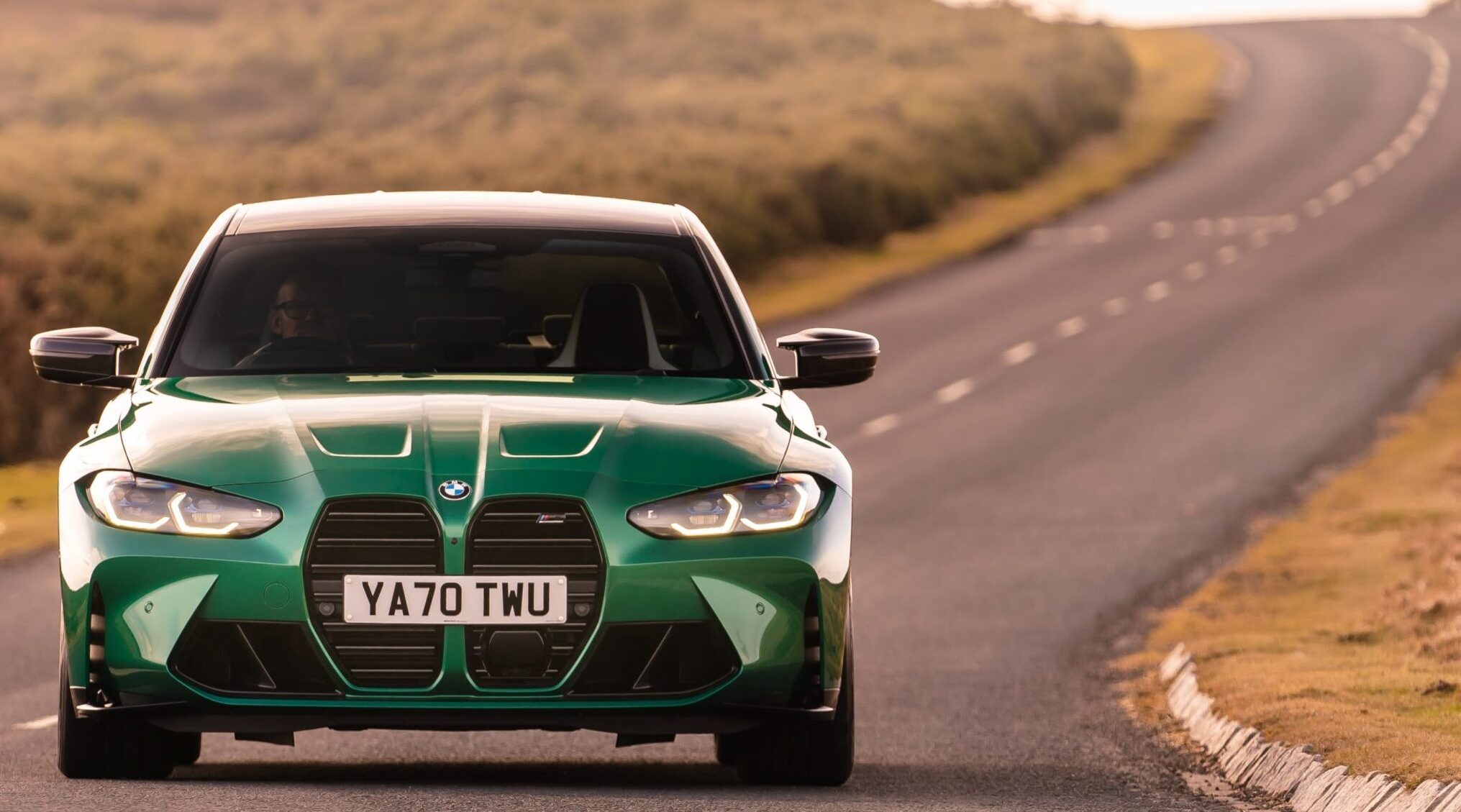 The M3 muscled its way to the front of the queue back in 1985 and immediately gave birth to a new sector of the market.

A car with everyday practicality that can serve up the sort of controlled but indecently fast driving experience that has enthusiasts clamouring after them.

And not just estate agents and accountants. They’re seemingly still popular in Premiership football club car parks and many others still find the uber Beemer a necessary piece of motoring bling.

The latest incarnation adds M xDrive all wheel drive to the equation for both saloon and coupe variants, and that enhanced traction makes it nearly half a second quicker getting to 62mph than the rear wheel drive models. Track focussed performance but with everyday useability, say BMW.

It’s fair to say the M3 Competition bristles with the ultimate in BMW technology, the major component in all this being the 503bhp 3.0 litre straight six engine that drives the supercar and nestles under the bonnet.

It endows it with straight line speed that will take you to 62mph in just 3.5 seconds and on to an electronically limited 155mph. 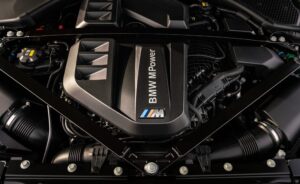 The acceleration almost seems quicker, but that could well be blamed for the almighty howl the engine makes as all the bits under the bonnet work together in perfect harmony to make the sort of music you could listen to for hour after hour.

No fancy music system needed here, although you get one of course, because the greatest sound you’ll ever experience is swirling around your nether regions before being ejected very forcibly from the four exhaust pipes blended into the rear diffuser.

The M all-wheel-drive system divides the power between the front and rear wheels as required to boost the car’s directional stability, its traction and agility. There’s a distinct rear bias setup, which is good, because I’m old enough to remember that 3 series BMW’s of old had a tendency to be as predictable as Colonel Gadaffi. 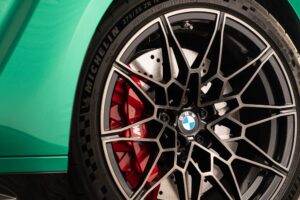 The big alloys fill out the arches to the point where you’d be hard pressed to slip an Amex card between the rubber and the body, and there’s that oh so distinctive BMW front end. And talking of the front, the steering set up is so finely tuned you could almost run over a coin and tell whether it was heads up or tails.

But the M3 can be reassuringly quiet in sensible mode, the one you switch to when you go off to do the shopping or arrange to pick members of the family up from nights out or train stations. They’ll be impressed by the typical BMW understated interior which is impeccably neat, with a clarity of digital instrumentation that others should follow, and with rear seats that look both deep and comfortable.

And talking about instrumentation, you’ll be hard pressed to find a better head-up display in front of you, which connected to the sat nav means you need never get lost again. 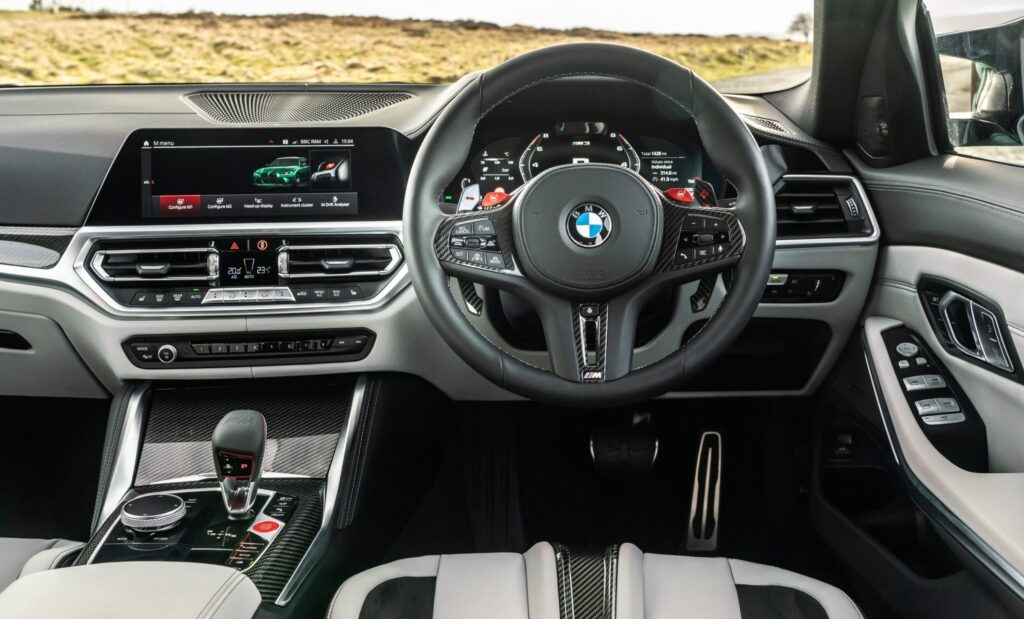 If you work at it the rewards are there in the form of a very smooth, very well balanced and VERY quick ride indeed.

The M3 was originally built all those years ago to go racing, but it’s turned into a real road going icon as well. But there again, if you fancy a track day, fill your boots.