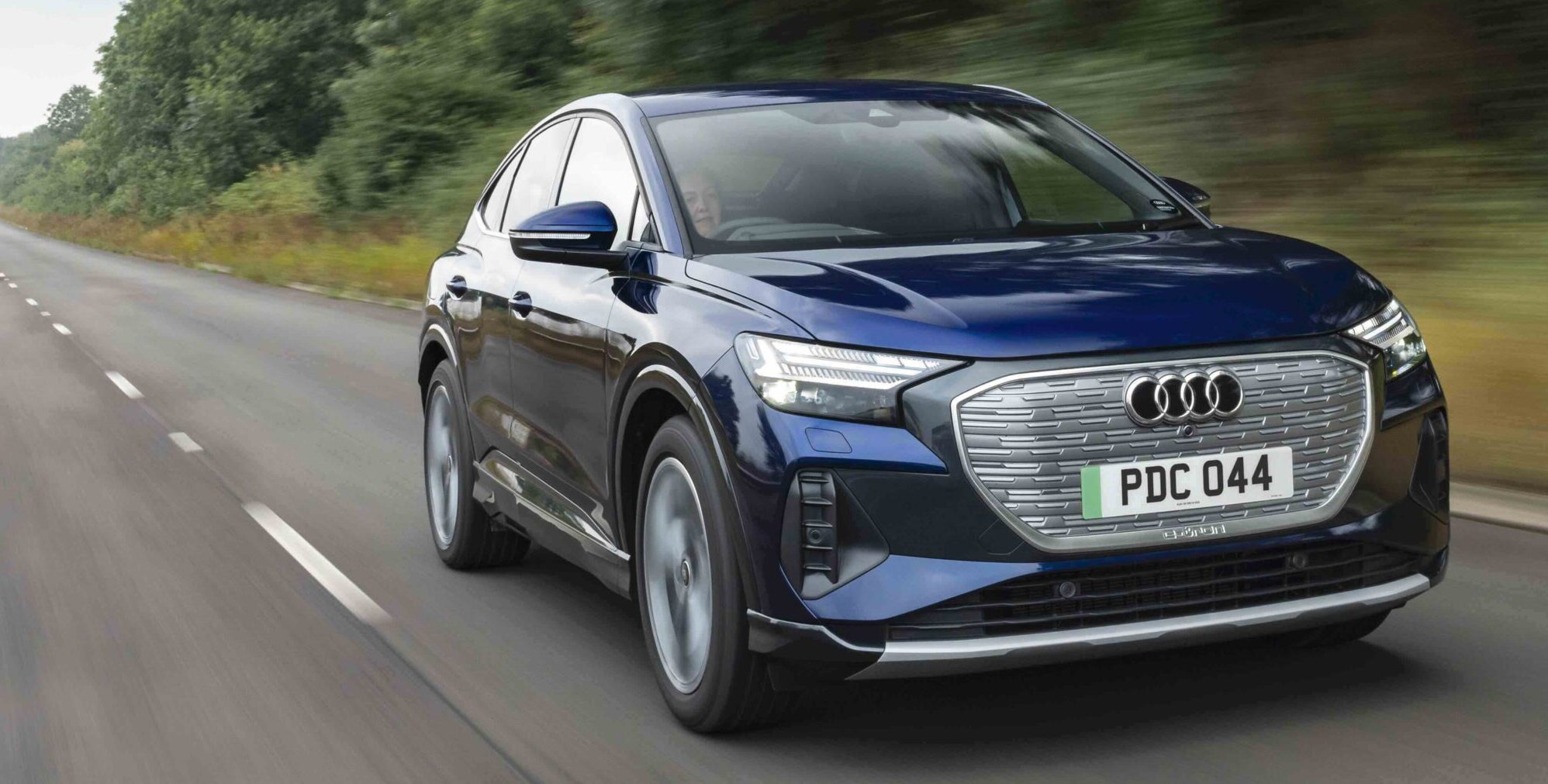 IF you need a clincher to sway you towards electric car ownership then the pace of improvement in range should do it.

With well over the 200 mile mark now on offer from a variety of EVs, the choice is growing as quickly as the hair on Queen’s guitarist Brian May’s head.

Audi are predicting that their Q4 Sportback e-tron will become the second best selling model in their range, such is the surge in demand for electric SUVs that can walk the walk.

Under the skin it’s fairly closely related to Skoda’s excellent Enyaq and the Volkswagen ID.4, which is a pretty decent point from which to start.

While the entry-level 35 model has a comparatively modest 212-mile range, the 40 and 50 versions each have a combined WLTP range of 300 miles or more on a charge.

It’s also very well priced compared with other premium-badged large electric cars  and you can get four-wheel drive on the Q4 if you want extra traction, but you have to go for the most powerful 50 version to do so. 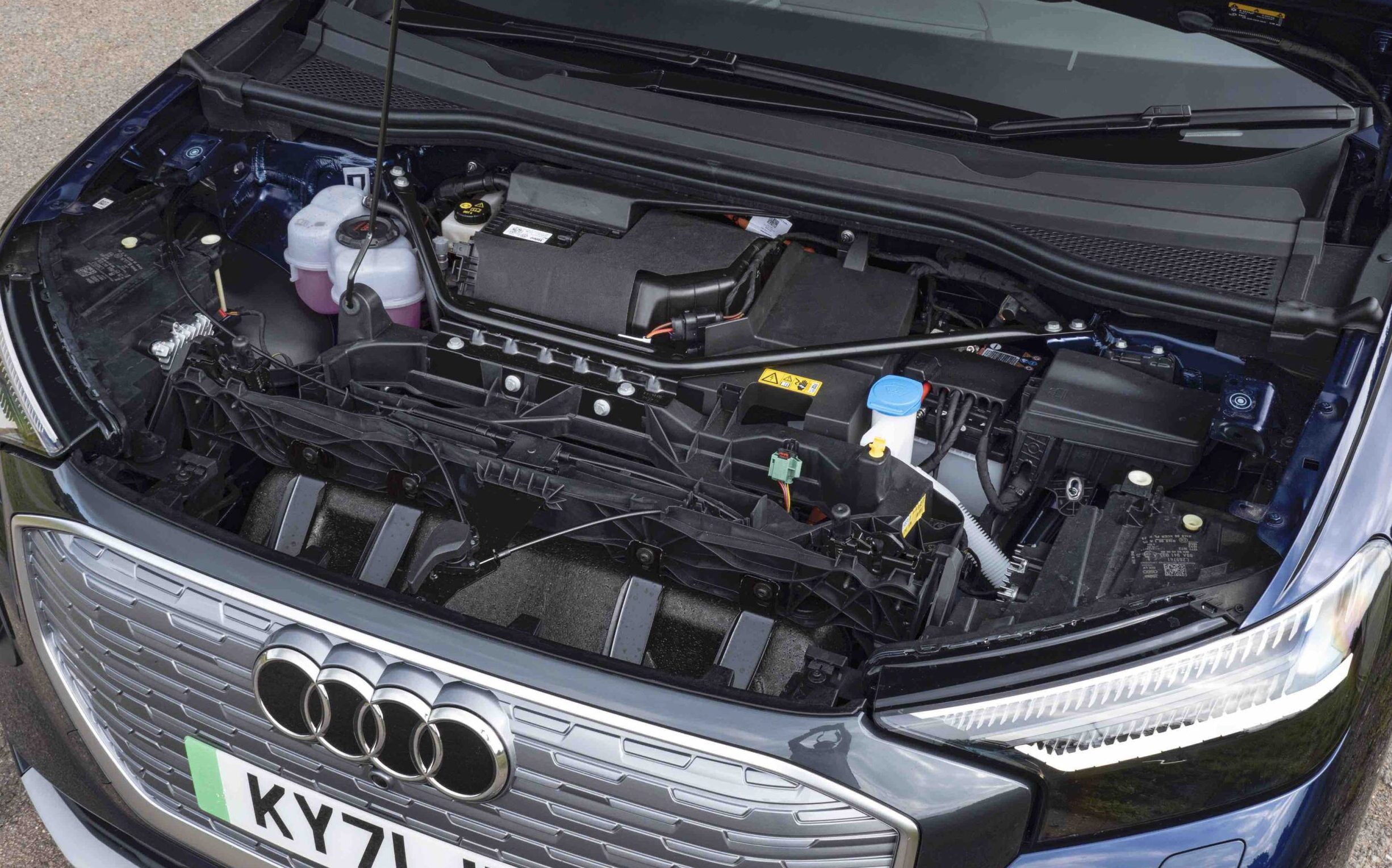 The 40 sampled here has 201bhp, rear-wheel drive and an 8.5sec 0-62mph time. With that characteristic instant oomph, it surges forward when you put your foot down.

The 40’s official range of more than 300 miles (up to 316, to be precise) comfortably beats some of its rivals for your cash. But it’s worth remembering that battery performance can suffer when the mercury plummets, and the onset of a really cold spell saw the Q4’s range drop more than expected on a relatively short trip across the town. 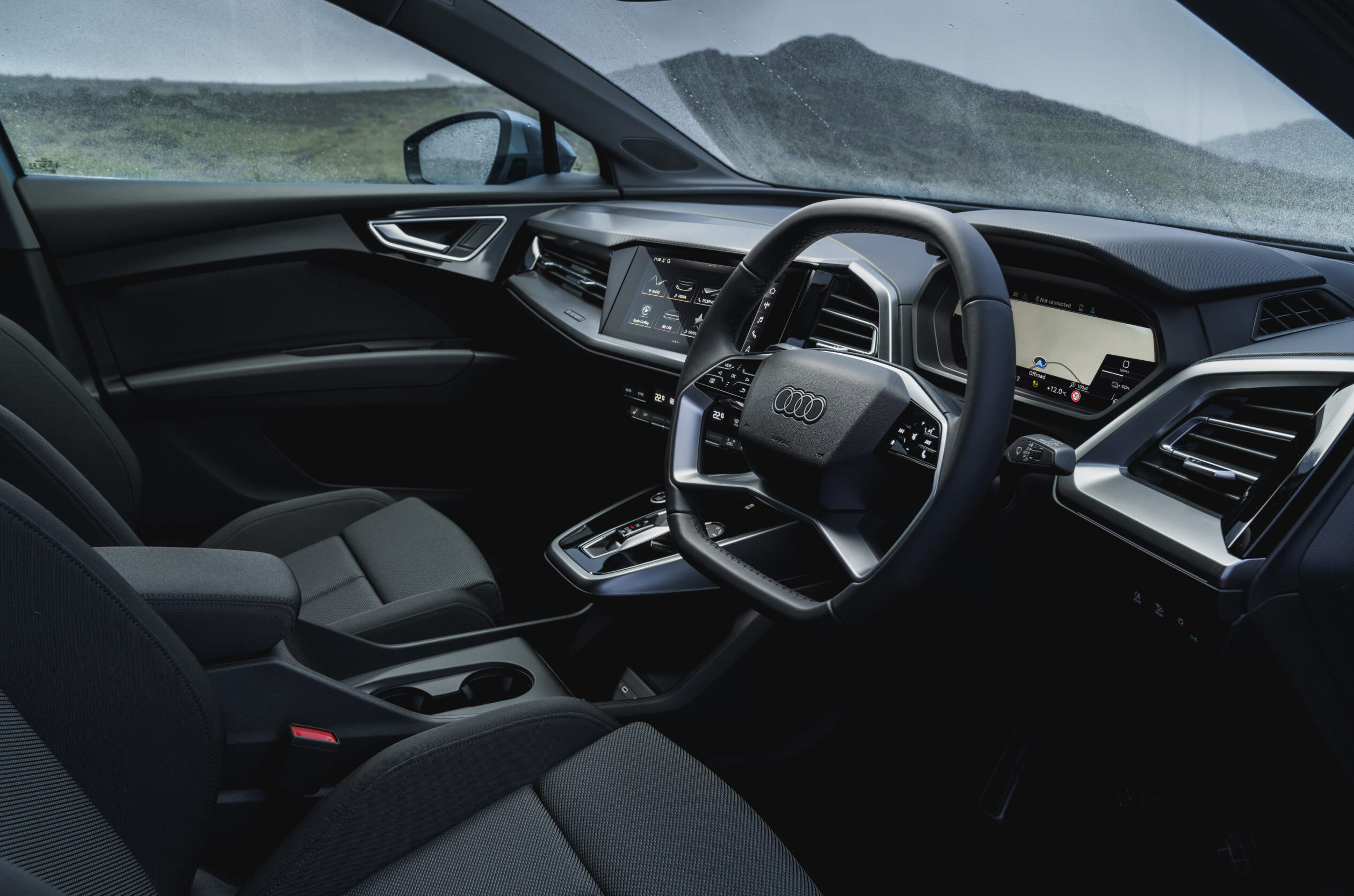 The Q4’s heavy battery pack requires stiffer suspension to hold it up, so it’s not as supple as the very best petrol SUVs but it has a decent level of body control.

The Q4 has a very tight turning circle for a car of its size, which is a real help when you’re parking and manoeuvring. What isn’t a help is the omission from the list of standard kit of a reversing camera – a bit of an oversight on a car costing a shade under 50k. There are sensors fitted, but on a car of this size – and value – they’re not enough. A reversing camera is available if you add the fairly pricey Comfort and Sound Pack and is standard on the Vorsprung version.

Its party trick of regenerative braking – topping up the batteries as you slow down – helps with the range, and works consistently with the brake pedal when you need to apply it with no sudden snatching.

You sit quite high in the Q4, plus there’s a wide range of adjustment to help you get settled, including for lumbar support.

Above the climate controls sits a 10.1 inch infotainment touchscreen or you can opt for an 11.6 inch screen. You also get a DAB radio, built-in navigation, Apple CarPlay and Android Auto smartphone mirroring, two USB-C ports and a three-year subscription to online services such as Google maps, and weather and hazard alerts.

What you might well notice is that while this is very much an Audi from the outside, there’s a different feel and look to what you would normally expect when you slip behind the wheel. The build and finish is up to standard, but it doesn’t have the wow factor Audi’s are renowned for. There are some hard plastics on the doors – not the sort that would look cheap on a third world wheely bin – but the minimalist look means the classy interior we’re accustomed to is missing.

Which is a shame in a car that still shows up well against some stiff competition.