KIA’s Sorento is a vehicle that has seen a few changes over the past two decades.

Originally launched as a utilitarian all-terrain vehicle in 2002, it’s morphed over the past 19 years into something much more likely to part your wallet from your back pocket.

It’s been a long time favourite with the towing fraternity, and it certainly looks the part, with plenty of load space, comfortable seats and good visibility.

The latest version is the first to be based on Kia’s new generation midsize SUV platform which brings hybrid tech to the menu, and later on, plug in hybrid powertrains. 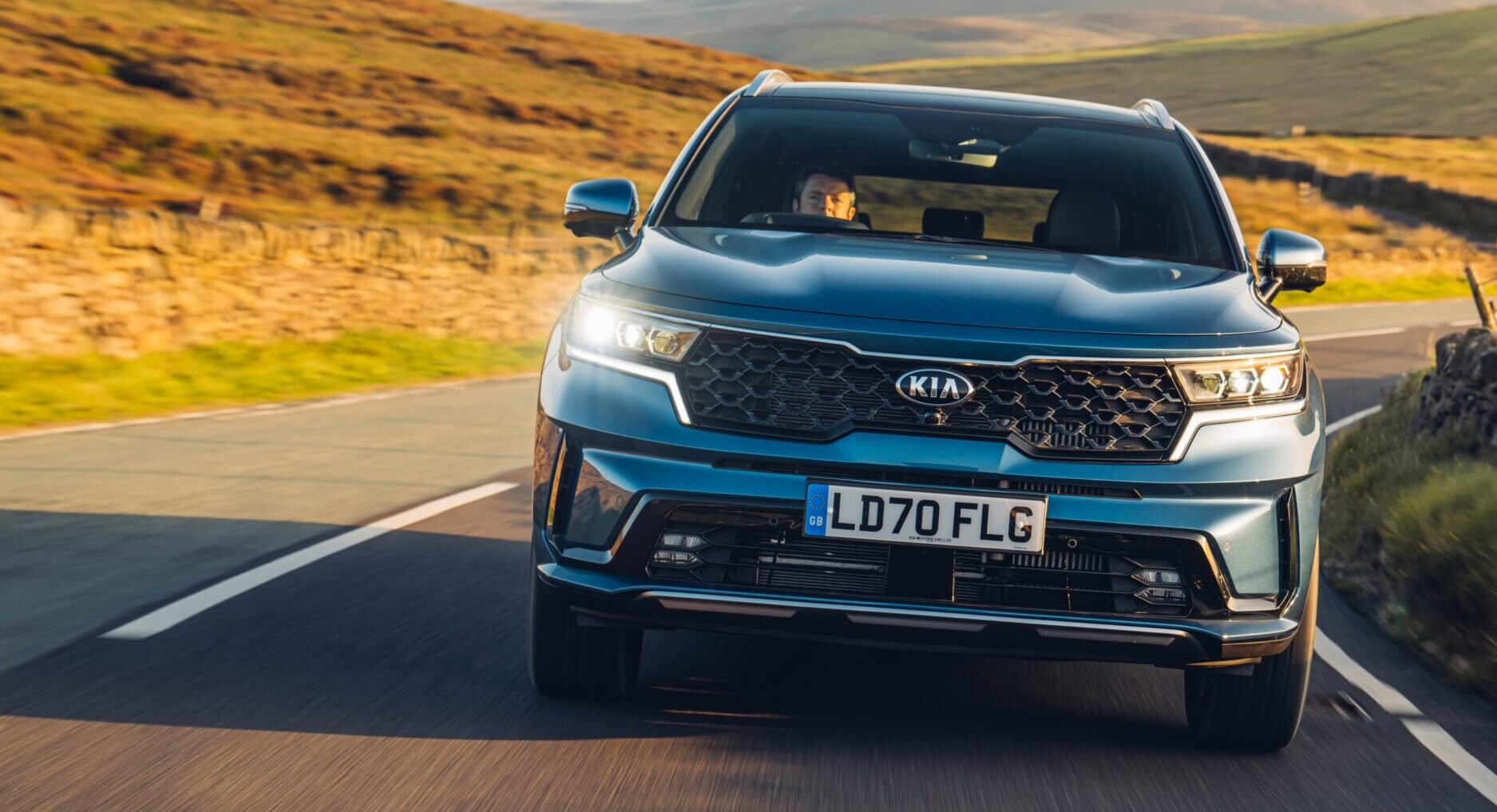 This is the first time hybrid power has featured in the Sorento, their flagship SUV in a line-up that also includes the Stonic, Niro and Sportage here in the UK.

Kia are rightly marked as a brand that have successfully moved from the budget end of the car park to offering a more upmarket choice of transport. The Sorento’s metamorphosis is a prime example of that, as here we have a car with a great mix of premium features and sheer practicality.

Need to use a four letter word here to describe the boot. HUGE.

It’s over 600 litres with five seats in use, or nearly 2,000 litres with only the front two upright. And the beauty of this is that this is space that’s easily accessible and easy to see into, meaning it’s relatively quick and easy to retrieve stuff you’ve slung in to its deepest recesses.

Inside you’ll find a stylish interior that is lavishly equipped. Lots of nice, soft-touch materials but an awful lot of silvery chrome-effect trim. The seats are comfortable and there’s a decent amount of adjustment for the driver’s seat and steering wheel. 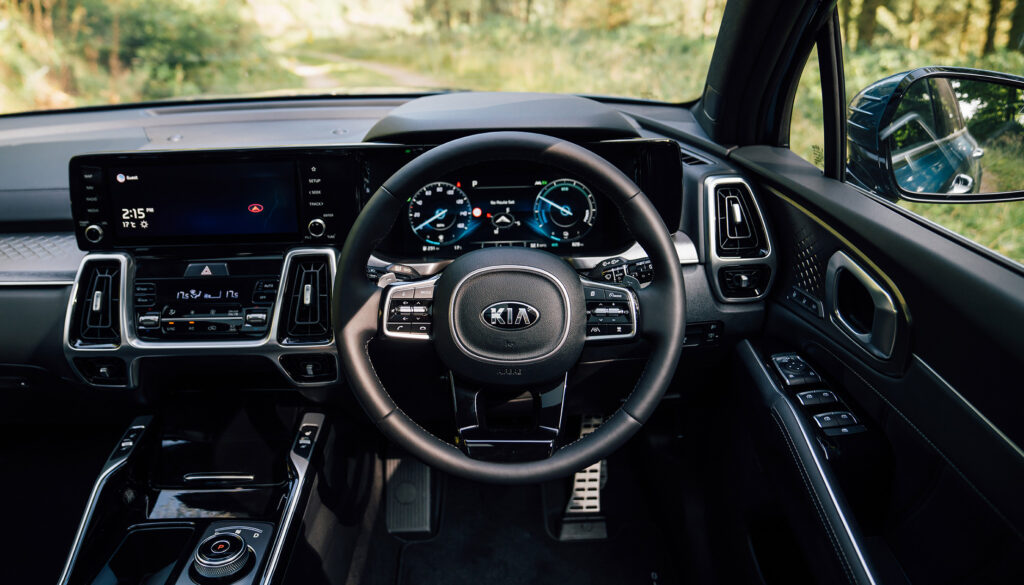 You get a large digital driver’s display and a touchscreen infotainment system and Android Auto and Apple CarPlay are standard across the range, so you can use your phone to good effect. And there are USB ports next to every seat, so everyone should be able to charge their phone or hook up their tablet.

A very user friendly feature of the digital display is the two main dials switching to side view cameras, depending whether you’re indicating left or right, thus boosting your view of what’s around.

The sheer size of the Sorento means it takes a fair chunk of parking space, so the button on the console that brings a pigeon’s eye view from above into play is a bonus.

The new car is longer and wider than the car it replaces and that means extra space for the interior. 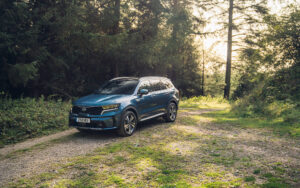 Three adults should be comfortable across all three seats in the middle row. They aren’t separate but they can move backwards and forwards and recline. Adults in seats six and seven will be reasonably comfortable too.

In this HEV model, a turbocharged 1.6-litre four-cylinder engine coupled to a small battery and electric motor makes 226bhp and 258lb/ft of torque, and fuel consumption for what is a big vehicle is decent at a combined 38.2mpg. Sorento HEV is actually fairly swift, though it can sound a bit noisy when you rev it hard. It’ll cover the 0-60mph sprint in 8.7 seconds and go on to a top speed of 119mph.

Out on the road, the Sorento does what you’d expect, keeping itself fairly upright and not wobbling its passengers around to any great degree.

Four wheel drive and an automatic gearbox come as standard whichever version you choose, which helps push the Sorento’s starting price up towards the top-spec versions of some other rival seven-seat SUVs.

But its trump card, even though its historically proved to be a reliable machine, is the seven year/100,000 mile warranty to tuck in your back pocket. Just in case….