THERE’S no simple recipe for making a good car better – but Suzuki have come up with a vital ingredient to add to one of their best sellers.

Hybrid technology has found its way into the smart and popular Vitara – a car with compact dimensions which is surprisingly roomy inside, and one which is highly capable both on and off road.

To many hedging their bets over full electric motoring, hybrid is an acceptable and logical step forward – a tank full of fuel and the ability to run on electric power when possible is a good way to feed into its benefits for the future without taking the giant leap of faith. Even with range anxiety a thing of the past, you still might need to find a functioning charge point at short notice – best of luck with that.

Anyone who bought a Vitara when it was first launched 34 years ago will be rubbing their eyes in disbelief at how much the current wearer of the badge has changed.

Suzuki’s global compact SUV still keeps things in manageable proportions, but it’s grown beyond all recognition from the model that was instantly recognisable in some circles for its huge wheel arches, even huger wheels and not a lot else.

The system has two switchable modes – Eco and Standard. The former sets you up for more EV driving, the latter a bit more oomph. A switch that offers the best of both worlds. 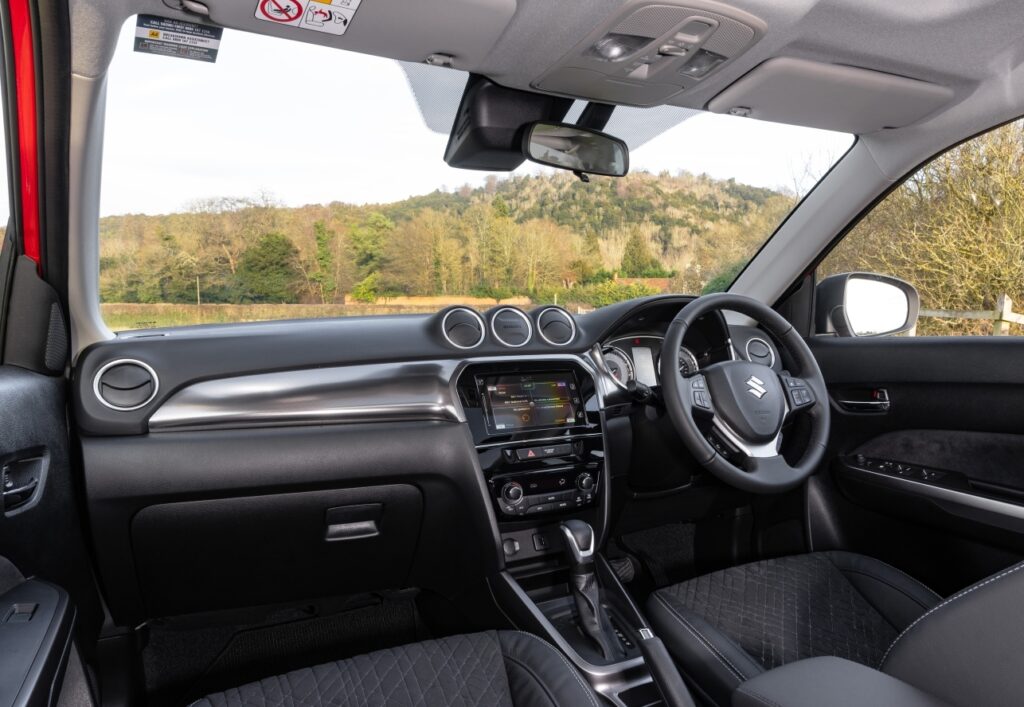 Vitara has a lighter than most feel to it, a fact highlighted by the lack of weight in the doors, but that doesn’t translate to how it feels on the road.

That light yet rigid body means that even though there’s only a choice of Suzuki’s 1.5 litre engine in petrol form, it’s peppy enough and economical too. 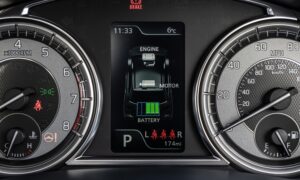 The petrol powered unit may sound modest when you look at the bare figures, but when the trip computer tells you you’re only shy of the combined figure by not a lot, then you know it’s performing fairly well, and while it’s not an entry for the traffic lights grand prix, it’s adequate. More than adequate.

The Vitara’s ALLGRIP system has driver-selectable modes (Auto,Sport, Snow, Lock) and uses a feedback function to send more torque to the rear wheels if it detects wheel spin at the front. 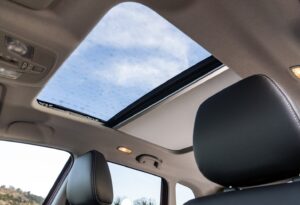 Well equipped – as all cars seem to be these days – SZ5 spec adds polished alloy wheels, suede seats, a panoramic sunroof, and front and rear sensors to a list of kit that is already comprehensive.

If you were to design a good all round package, this would in all eventuality be it.