YOU might not expect something from the Hyundai stable to be locking horns with the premium sector rivals but they’ve taken the plunge.

The Korean company’s 2022 Tucson SUV is far and away a classier offering than its predecessor with its striking, sculpted looks and its bold new signature grille.

They’ve improved just about every area – the interior is much improved and looks like a premium product and there is an awful lot of useful on-board technology.

There’s no doubt whatsoever that they are after increasing sales, and with a number of awards taking up space in the corporate trophy cabinet and more and more cars on the road they seem to have got their sums right.

There are more SUVs on the roads than even cyclists these days, but few catch the eye like the new Tucson. It’s different look makes appreciation something of a Marmite moment, but it’s not putting people off. 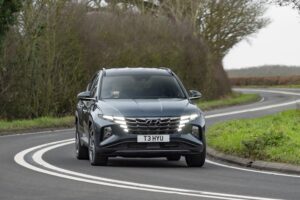 While the previous model could be said to be lacking in flair it was modestly priced and still had that useability about it. 2022 Tucson has flair by the skipload and while it’ll cost you more it’s not a deal breaker for the perceived quality and refinement on offer.

Both of course major on load space and day-to-day user friendliness – the ‘raison d’etre’ of an SUV.

This new version picks up on some of the attributes of its main competitors – high quality, driving enjoyment, a classy cabin – which will help it as competition is fierce in this sector of the market.

The engine available here is a 1.6-litre turbocharged petrol unit in various states of tune, and also with hybrid assistance. There’s a 148bhp petrol-only model with a regular six-speed manual gearbox, but if you want a more efficient version you can opt for 48-volt mild-hybrid tech with either 148bhp or 178bhp.

It has the much appreciated ability to slip in and out of electric mode, depending on the driving conditions, and that of course boosts its fuel efficiency. It’s claimed to be capable of up to 38 miles on electric alone and its ability to regenerate means if you only do short trips you won’t be forking out for petrol too often.

There’s plenty of room on board for a family of five, and Tucson doesn’t seem to be unduly upset by the varying road surfaces you encounter in a trip around the UK.

In fact it handles commendably well for a car of this size. There’s a firmish edge to the ride quality but it’s not enough to make it uncomfortable.

Prices start from around £29,000, and the lineup kicks off with SE Connect, N Line and N Line S, then Premium and top-of-the range Ultimate. 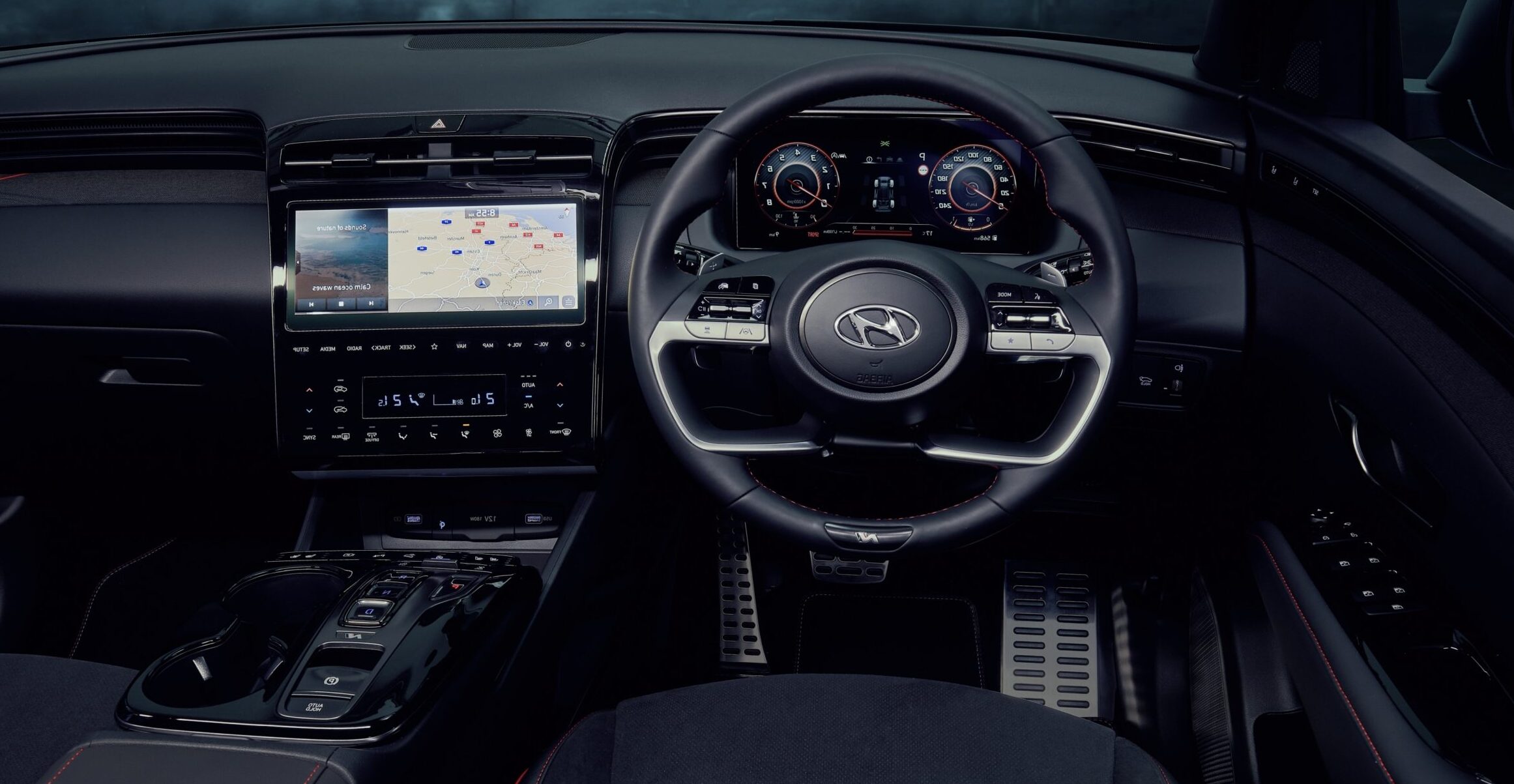 There are a lot of very smart touches – the unique headlights, push button gear selector and the trim insert across the dash spring to mind.  I handed the keys back hugely impressed.