ANYONE with any interest in the natural world will know that the Kodiak is, to put it succinctly, a ruddy great bear.

There’s also another one around, with considerably less fur and less likely to bite you on the bum.

Skoda – who have had something of a penchant for exotic animal names in the past (remember Yeti?) have updated their very own ‘Kodiaq’ – and it’s a car that bears (!) close scrutiny.

Its natural habitat will be the highways and byways of our ailing road network, but there is also 4×4 trim which makes it quite adept at heading for the bondooks, as well as being a decent towcar if you have a caravan to toddle around the countryside with.

Under scrutiny here is the two wheel drive SE L version, in which we stuck to normal roads and racked up a few miles in the comfort of its commodious cabin.

It’s the Czech firm’s largest SUV, and comes in a variety of trims. And the engine choice is varied too, with something for most tastes and needs.

It’s a step up in size from its Karoq stablemate, so a bit more room and practicality for your money. 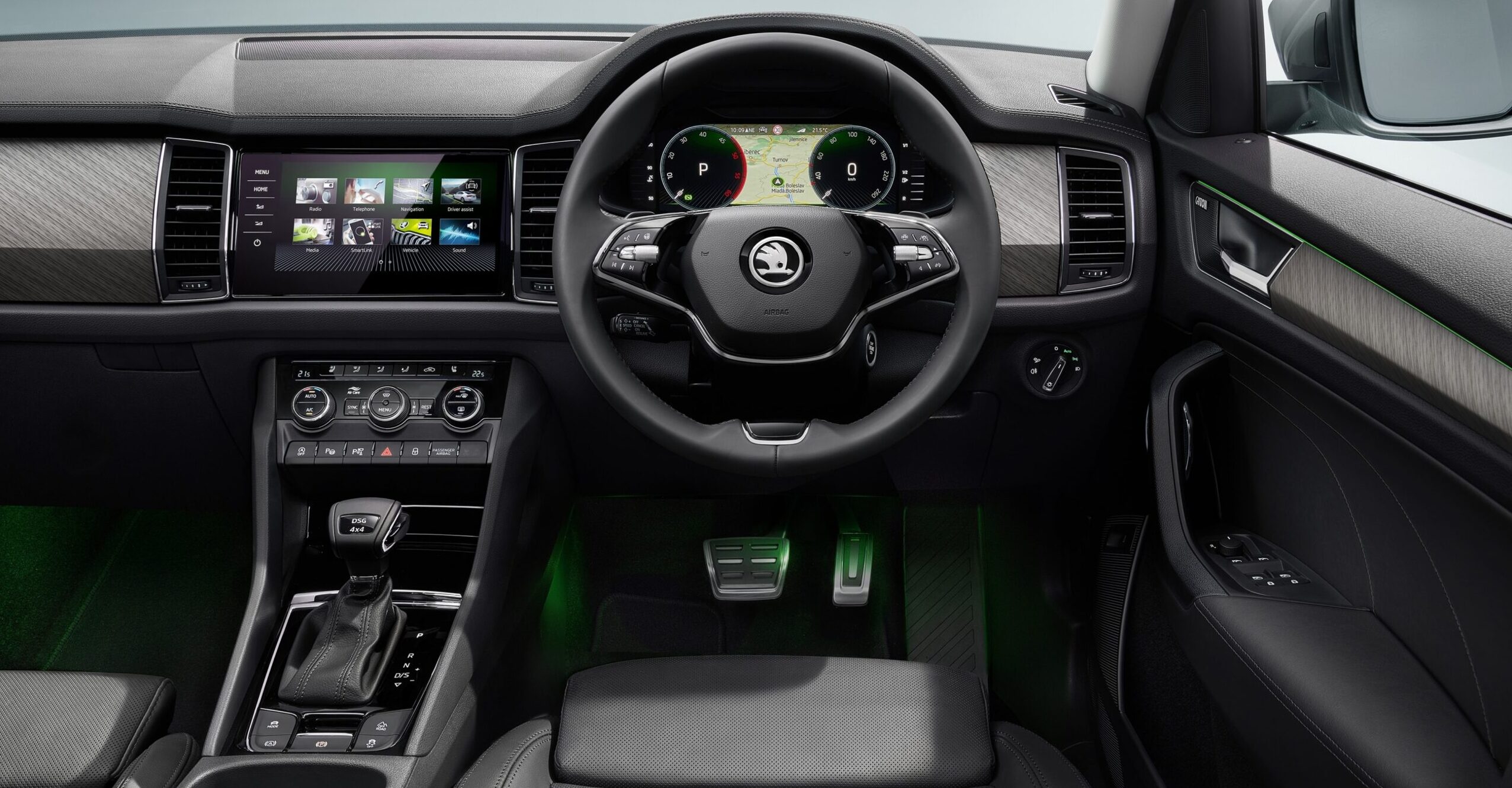 It can seat up to seven people when needed, as long as those at the very back have very short legs and have appeared in a Star War film. Five up, there’s room for all and your baggage in the decent sized load area, one of the best in its class.

It has a well finished feel, and the equipment level on the SE L model features a crystal clear reversing camera and a nice clear sat nav display.

Switchgear has the user friendliness of just about everything else in the VW Group stable. 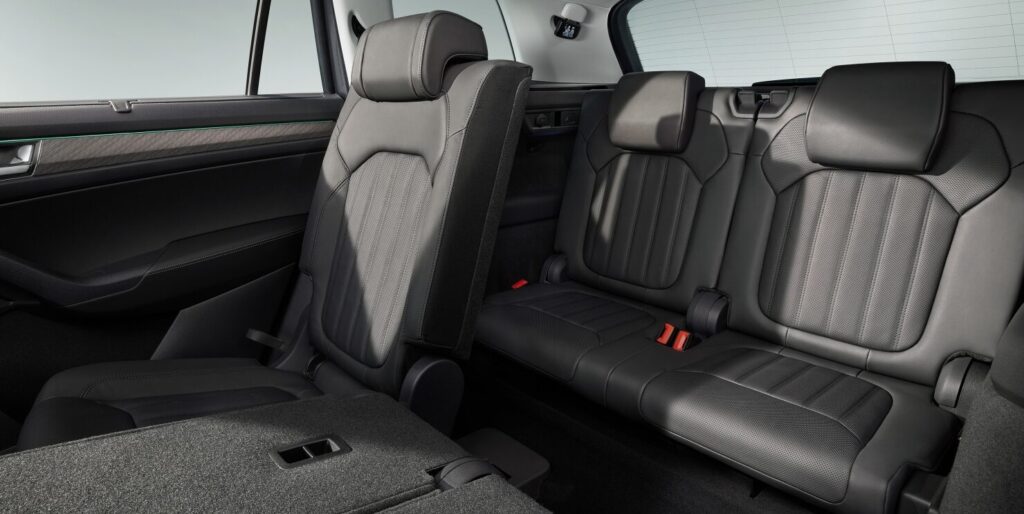 It feels well built and it’s easy to live with, and comes with a good ride and handling balance as standard. The 1.5 litre cylinder-on-demand engine under the bonnet of this test model might on the face of it appear a bit optimistic, but it’s surprisingly efficient. It’s a unit used across the VW Group in a number of cars and is well suited to the Kodiaq, even with the increased kerbweight (1795kgs) it is asked to move around, as opposed to some of the other more lightweight installations.

You’re not going to uneccessarily push a large SUV like this but its capable of romping along at a fair lick without disturbing the comfort of those inside. It still performs fairly well on rough country roads so it’s not going to have you thinking you’ve made the wrong choice. 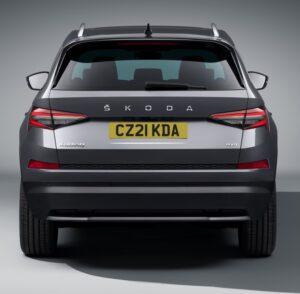 If your choice comes with Dynamic Chassis Control, you’ll probably find ‘Normal’ to be the best compromise. Steering has a light feel but is sharp to your inputs, and the DSG seven speed gearbox will slip through the ratios without bothering you too much.

Small touches that leave a good impression include the umbrella located in the drivers door and the ice scraper located inside the fuel flap for those cold mornings.

Need space but on a budget? Fill your boot!